Sampling in music refers to the use (either legally or illegally) of another artist’s work to create or enhance a new recording. Although, it was first experimented with in the early 1960s, the practice did not reach the mainstream until twenty years later during the birth of Hip-Hop.

Since the pioneering work of Grandmaster Flash, sampling has been used in the studio to extract drum breaks, borrow bass lines and lift orchestral strings. Whether a sample includes a couple of notes or lasts up to 16 bars, it has been the cornerstone of Hip-Hop and House music for the last 25 years.

This week’s TFIF mix gives a nod to the art of sampling with three tracks that would not exist without a bit of crate digging.

First up is the song ‘Swan Lake’ by Blackalicious, which features a lot of the instrumentation from O’Donel Levy’s classic tune ‘People Make The World Go Round’. The song had been recorded earlier but it’s the Jazz guitarist’s funky version from the 1973 album ‘Dawn Of A New Day’ that forms the foundation of ‘Swan Lake’. 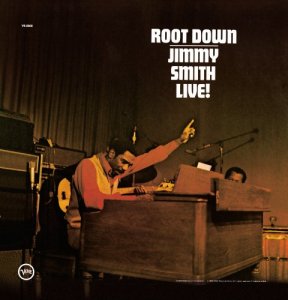 Next is ‘Root Down’ by the Beastie Boys who have, over the years, probably sampled more songs than anyone else in Hip-Hop. The song can be found on their 1994 LP ‘Ill Communication’ and uses the original ‘Root Down’ by Jimmy Smith as the basis for all of the instrumentation. In fact, I read once that during the making of ‘Ill Communication’ the Jimmy Smith album was always on the turntable in the studio. The three boys really loved the title track but couldn’t figure out how to use it in a song. That is, until someone suggested using the actual song itself and just rapping over it.

The third song in this week’s mix is ‘Devil’s Pie’ by D’Angelo, which features the bass line from a Teddy Pendergrass ballad called ‘And If I Had’. The track comes from the former Harold Melvin & The Blue Notes singer’s 1977 debut album ‘Teddy Pendergrass’.

This entry was posted in TFIF. Bookmark the permalink.